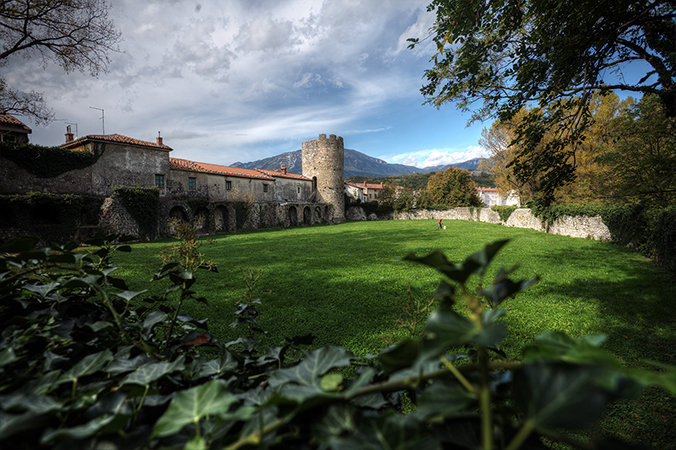 A late Roman barrier system, which guarded the crossings to Italy between the 3rd and 5th centuries. The stone walls, which were in some places positioned in several lines, were supplemented by towers, fortlets, and forts. The mighty system stretched from today’s Rijeka in Croatia to the Castra – Ajdovščina in Slovenia.

Claustra Alpium Iuliarum (Latin for ‘Barrier of the Julian Alps’; hereby, the term the Julian Alps refers to the wider mountainous and hilly region from the Julian Alps to the Kvarner Gulf) was a defense system within the Roman Empire between Italy and Pannonia that protected Italy from possible invasions from the East. It secured the Postojna Gate, the land link between the eastern and western part of the empire, and thus the Claustra represented an inner border defense of the empire. Unlike a linear rampart, the Claustra consisted of a series of interconnected fortifications with its center at Castra ad Fluvium Frigidum (in the area of today’s town of Ajdovščina, the Vipava Valley); other important fortresses were Ad Pirum on today’s Hrušica Plateau and Tarsatica, now a part of the city of Rijeka. Our 5 days cycling tour will lead ut to all important points of the system, from Castra in Vipava Valley Slovenia towards Ljubljana and southward to the Adriatic sea – Rijeka in Croatia.

Let`s bike with us!
Contact Us
Highlights
Gallery
Itineary
Price 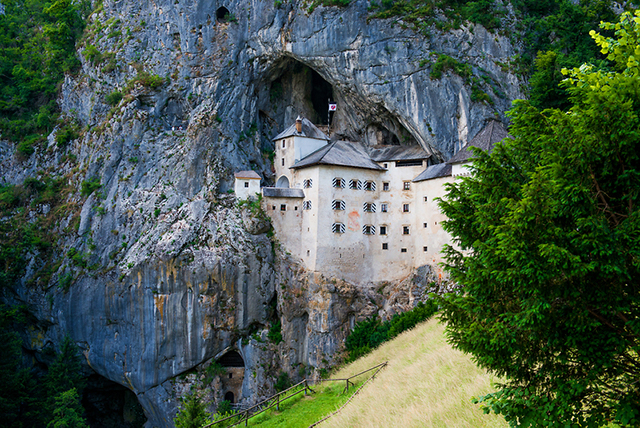 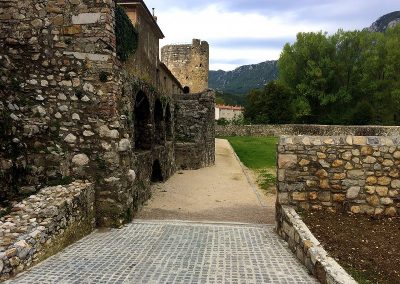 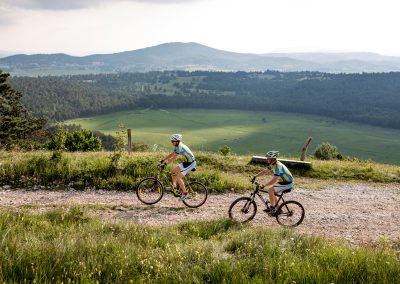 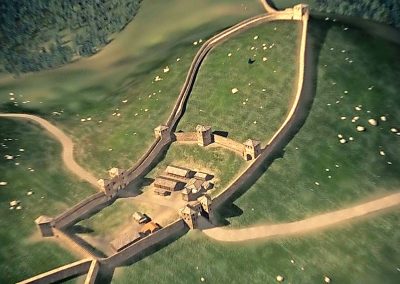 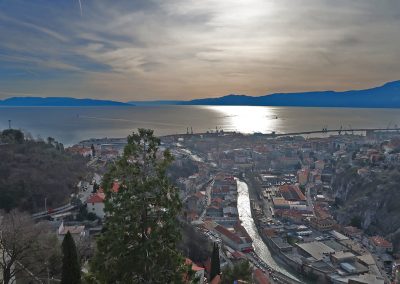 We will meet in a pleasant spot in Ajdovščina. After accommodation, a briefing meeting with all instructions for the upcoming week will follow.

After packing our bikes and all gears together, we will start a tour in the fortified city of Castra (today’s Ajdovščina). Castra was mentioned within the claustra Alpium Iuliarum barrier system due to its exceptional position. It stood approximately in the middle of the Vipava Valley (Vipavska dolina), in front of the beginning of the ascent to the alpine passes, thus being the extreme western point of the so-called Illyro-Italian Gate. The ancient city of Castra was surrounded by a strong wall with 14 towers, about 30 m apart from each other. Our cycling path will lead towards Vipava, and Vrhpolje, where an important roman battle happened in 391 AC, when Emperor Theodosius with victory took control of the entire empire for the last time. Cycling will continue to the mountain pass Ad Pirum, a viewpoint with a smaller reconstructed fort that controlled an important Roman road. We will spend a well deserved night there.

Our second day on the bikes will take us to Emona, now Ljubljana capital od Slovenia. Approximately halfway between Logatec and the Ad Pirum fort, the main Roman road was controlled by the Lanišče barrier on a natural shelf. We will visit the remains of this fort and continuing forward to Longaticum – Logatec, Neuportus – Vrhnika, and finishing cycling day in Ljubljana. A nice accommodation spot will await us there. We will have time to take a short but nice evening tour in the center of Ljubljana.

After a night spent in Ljubljana, we will move our wheels towards the sea, crossing Ljubljana Barje, The Ljubljana Marshes (Slovene: Ljubljansko barje), located south of Ljubljana, the capital of Slovenia, is the largest marsh in the country. The Ljubljana Marshes is a place of great biodiversity. We will cycle to the Roman fort in Rakitna and from there, cycling towards the Postojna gate, lowlands that connect the eastern and western part of the Roman Empire. We will spend a night in Postojna, where we can visit Postojna Cave, a big world-known natural attraction.

The fourth day on the bikes will lead us through the beauties of the Green Karst region. Admiring the forest of Snežnik and finishing the day in Ilirska Bistrica, a city called upon Ilirium province in Roman time. This day will be the last before we encounter the Adriatic sea, so take a deep breath and enjoy the green forests of the mainland, tomorrow we will taste the salty and fresh air of the Adriatic.

On the last day, we will be cruising with our bikes towards the Adriatic Sea.

On the way from Rijeka to Trieste, in the settlement of Pasjak, we will find the remains of a mighty fortlet with 3 m wide walls. Its role within the barrier system is not entirely clear, but the fortlet definitely existed around the year 270 AD. Soon after will encircle our historical bike tour in the town of Rijeka, in roman times called Tarsatica, where we find. In the framework of the CAI barrier system, Tarsatica represents a unique example of an ancient city incorporated directly into a linear barrier line. The Calvary Hill and the Saint Catherine’s Hill offer a good view to the north of the Rječina River canyon and of the neighboring barriers Jelenje on the Grobnik Field (Grobničko polje) and Studena and towards the east of Trsat, Solin and the fortified city of Tarsatica. The view reaches the greater part of Kvarner, the islands of Krk and Cres, and the coast towards Senia (today’s Senj).

After 5 cycling days, we will feel accomplished, with plenty of knowledge of the region, cultural and natural beauties…all well deserved.

FAREWELL TRANSFER BACK ON HISTORICAL RAILWAY 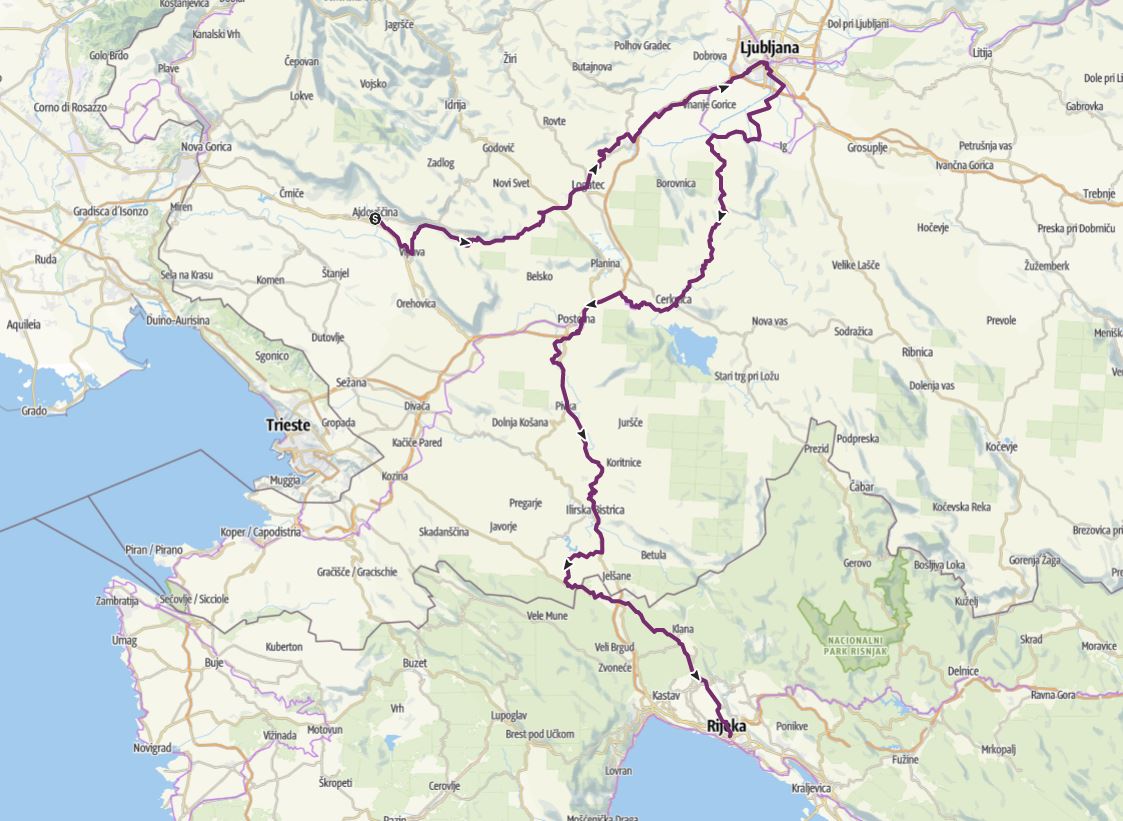 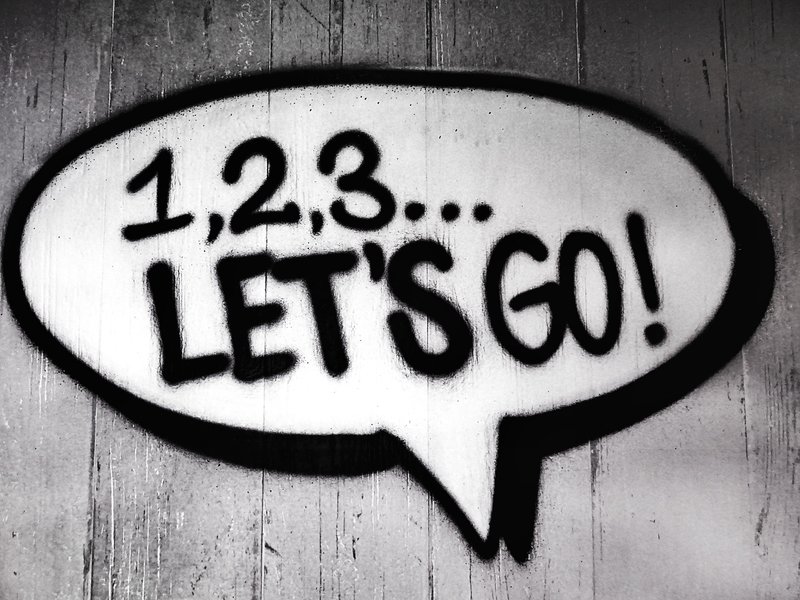